New Delhi is pushing for the adoption of electric cars as it tries to bring down the oil import bill and curb air pollution in the city.

Take the case of Bengaluru. A lot of citizens plan to commute by bicycle to save fuel and protect the environment.  A lot of bicycle aggregators are promoting the use of bicycles in the city. Sadly, commuting to work by a bicycle in Bengaluru is dangerous as motorists drive recklessly. This is where electric scooters have a big role to play. Take a look at Fae Bikes a startup in Bengaluru. You can pick, ride and drop off the electric scooter anywhere.

Now to the big question. What about motor insurance for electric vehicles in India? Want to know more on Car Insurance? We at IndianMoney.com will make it easy for you. Just give us a missed call on 022 6181 6111 to explore our unique Free Advisory Service. IndianMoney.com is not a seller of any financial products. We only provide FREE financial advice/education to ensure that you are not misguided while buying any kind of financial products.

Third party motor insurance is compulsory in India. The insurer is the first party and the insured is the second party. The third party is any unrelated party who makes a claim against you for death (say death in a collision in which your car was involved), injury or damage to his/her property. Third party insurance is where the insurer agrees to indemnify you (the insured party) on being sued (this is being held legally liable) for damages/injuries to a third party. Third party motor insurance doesn’t cover damages to your own vehicle. (Own vehicle damage).

The premium rates for electric vehicles are around 15% lower than regular vehicles. This is for both third party liability and own-damage motor cover. Insurers look into past claims, type of vehicles used and engine-capacity of the vehicle, before fixing motor insurance premiums.

Electric Vehicles Save Fuel and Protect the Environment

As more and more people buy electric vehicles, the penetration rises in India. This not only saves costly fuel (We import a lot of crude oil and international prices are on the rise), but also protects the environment. This is clean fuel and going green.

The Supreme Court had made it compulsory for all new cars and bikes to have three-year and five-year third party insurance cover. This led to a jump in insurance premiums (rise by 1.5-2.3X) which has impacted the auto sector in India. Liquidity crunch and high motor insurance premiums led to vehicle sales crashing 17% in April to an eight-year low. 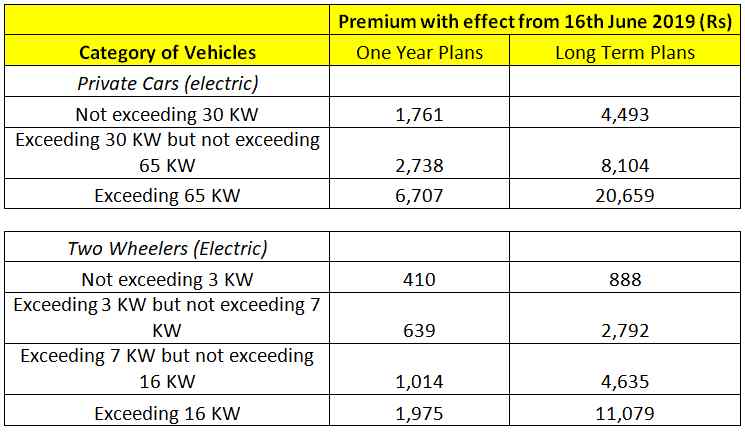 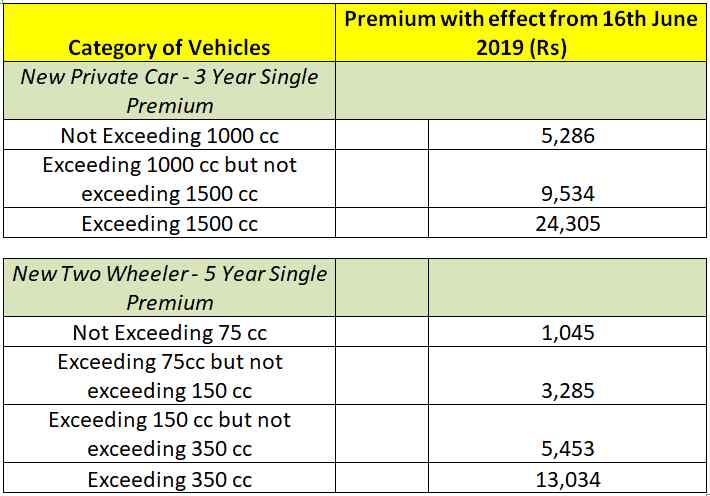