FREE Credit Score  Watch Our Videos
Home Articles What 4 Years Of Modi Government Has Done To Your Finances?

What 4 Years Of Modi Government Has Done To Your Finances?

Prime Minister Narendra Modi launched the Goods and Services Tax popularly called GST across India on the midnight of June 30th 2017. GST is a single indirect tax for the whole of India. It’s considered the greatest indirect tax reform since Independence.

Let’s take a look at what Prime Minister Narendra Modi has done for the economy and your finances in the last 4 years. Want to know more on Tax Planning and Investment Planning? We at IndianMoney.com will make it easy for you. Just give us a missed call on 022 6181 6111 to explore our unique Free Advisory Service. IndianMoney.com is not a seller of any financial products. We only provide FREE financial advice/education to ensure that you are not misguided while buying any kind of financial products.

What 4 Years Of Modi Government Has Done To Your Finances?

The Narendra Modi Government plans to hold a series of media events to publicize the achievements of Prime Minister Narendra Modi to mark 4 years in office. Around 4 Union Ministers will hold press conferences in Delhi between May 24th and May 28th highlighting the key policy initiatives of the Modi Government. Regional press meets are planned in about 40 cities between May 29th and June 3rd. It’s all for a single purpose. Highlighting PM Modi’s achievements in the last 4 years.

1. It all started with the Pradhan Mantri Jan Dhan Yojana

Prime Minister Narendra Modi launched the Pradhan Mantri Jan Dhan Yojana popularly called PMJDY on August 28th 2014. The aim of PMJDY was each household in India, must have at least a basic savings bank account.

PMJDY is a financial inclusion scheme which aims to bring the benefits of banking and insurance services to the doorsteps of Crores of Indians. Under PMJDY you get a zero balance savings bank account, a RuPay debit card, free life insurance of Rs 30,000 and free accident insurance worth a Lakh.

There are more than 31.60 Crore PMJDY accounts in India. This is one of PM Modi’s greatest achievements. With PMJDY you don’t even need to go to banks to open the Jan-Dhan account.

If you reside in a distant rural area, bank mitra’s will come to your doorstep and help you open the PMJDY Account. Critics are talking about Aadhaar Privacy issues and the security of PMJDY Accounts. But…there’s no denying the benefits of PMJDY Accounts for the poor in India…

SEE ALSO: How To Calculate Your Taxable Income?

You must be well familiar with Aadhaar, the 12-digit unique identification number issued to all citizens in India. While Aadhaar was created under the previous UPA Government, there’s no denying that PM Modi took Aadhaar to another level.

PM Modi saved Aadhaar and used it to help poor citizens enjoy subsidies and catch black money holders and tax evaders. Aadhaar is linked to PMJDY Account and subsidies are sent directly to your bank account. This prevents pilferage and subsidies reach the actual beneficiaries.

You enjoy the LPG subsidy through the Direct Benefit Transfer LPG Scheme. Your PMJDY Account is linked to Aadhaar and the LPG Distributor. The subsidy you enjoy on the LPG Gas Cylinder is sent directly to your PMJDY Account. Aadhaar has helped the Modi Government save Billions of Rupees. 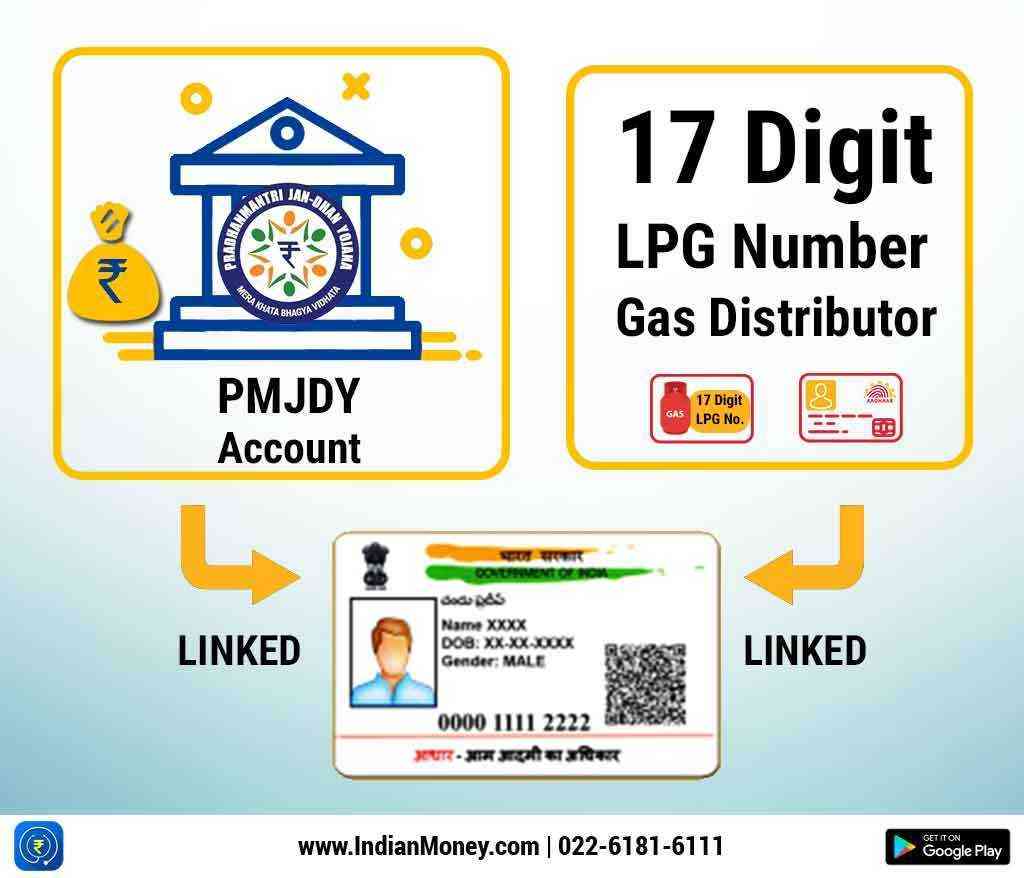 Critics have challenged Aadhaar in the Supreme Court saying sharing biometrics with unknown private entities is unsafe. Once these issues are sorted, Aadhaar could be a game changer in the economy.

In a surprise move, PM Modi scrapped old 500 and 1,000 rupee notes on November 8th 2016. Within minutes 86% of currency was scrapped, having a value of around Rs 15.44 Lakh Crores. The aim of this move was to curb black money in the economy, prevent corruption in high places; stop terrorism in India and promote cashless payments in the country.

While this move has memories of citizens standing in long queues at banks and ATMs across India, the benefits were immense. Demonetization brought a lot of citizens (especially the rural ones) into the formal economy, as crores of citizens opened bank accounts to deposit old 500 and 1000 rupee notes. It was Achhe Din for financial inclusion in India.

Demonetization was a dark day for tax evaders and black money holders. This is what Finance Minister Arun Jaitley had to say on tax evasion. “In India, tax evasion is the rule. Only 76 Lakh Indians showed income of over 5 Lakhs.”

4. Narendra Modi propels the growth of cashless in India

One of the biggest benefits of demonetization was the growth of digital or cashless transactions in India. Digital transactions include UPI, USSD, AEPS, debit and credit cards, Mobile Wallets, Internet and Mobile Banking.

After demonetization, there was a severe shortage of cash. Citizens had no choice but to opt for cashless payments. Digital payments in India showed a dramatic rise reaching 1,162 Crore transactions between April 2017 and November 2017.

A report by Investment Banker Credit Suisse says that Digital Payments in India could reach $1 Trillion by 2023. Take a look at BHIM (Bharat Interface for Money). BHIM was launched across India on December 30th 2016 and within 10 days, BHIM had more than 1 Crore Downloads.

BHIM provides a fast, quick and a reliable medium to make digital payments using your mobile phone through the UPI (Unified Payment Interface) via Mobile App and the Unstructured and Supplementary Service Data, USSD, via *99# service.

Take a look at this interesting fact….In August 2017, UPI Volumes were around 1.7 Crores….Then the Search Engine Giant Google stepped in and launched the mobile wallet App Google Tez. Cash backs were offered and within a few months, Google Tez had 1.2 Crore users. The biggest benefit…UPI Volumes grew from 1.7 Crores in August 2017 to 14.5 Crores in December 2017….Google Tez and WhatsApp Pay will take cashless to the next level.

5. GST: The game changer of the Modi Government

Goods and Services Tax popularly called GST is the greatest economic reform of the Narendra Modi Government. It is the most powerful tool in the fight against black money. GST has replaced 8 Central Taxes and 9 State Taxes. Alcohol, Petrol Diesel and Real Estate are not included under GST.

Let’s take a look at some of the benefits of GST?

GST brings indirect taxation under a single umbrella.  It eliminates tax on tax or the cascading effects on taxes. Understand this with a simple example. Let’s assume you are a consultant who is offering services of Rs 40,000. Before GST you had to pay a service tax of 15%. (This is Rs 40,000 * 15% = Rs 6,000).

The consultant has to pay Rs 6,000 in service tax. He cannot avail a deduction on the VAT of Rs 900, paid for office equipment.

Before GST, any business with a turnover of Rs 5 Lakhs had to pay VAT. This was the rule in most states. After GST this threshold was raised to Rs 20 Lakhs. This helps small traders and small businesses escape the tax net.

Composition Scheme is a simple scheme under GST. This scheme helps small taxpayers. Small businesses with turnover less than 1.5 Crores can opt for this scheme. The rate is 1% for manufacturers. If you come under the composition scheme, there’s limited compliance. You can focus on the business, instead of record keeping.