Why the Stock Markets are Crashing? 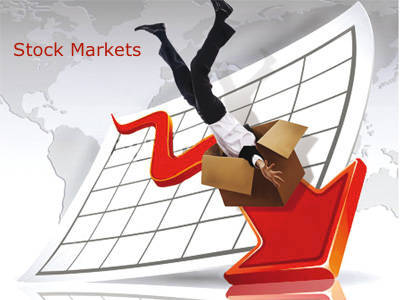 You woke up to a bright Monday morning on August 24th 2015 and checked your stock portfolio, only to get the shock of your life. The BSE Sensex had fallen by over 1000 points. Yes I said 1000 points…You check stock indices of other countries. All stocks indices across the World are going down. What is going on in the stock markets?

Stock markets are crashing across the World…It is a black Monday for you and countless other investors.

The World is covered in a sea of red. There is blood on the streets...You have only one question….Why is the stock market crashing?

The answer is the World’s second largest economy is crashing…Yes…I am talking of China.

The label on almost every t-shirt, toy, smart phone, and most electronic gadgets you use today has only one seal…”Made in China”.

China is the manufacturing hub of the World …Well even Apple assembles its iphones in China.

You want to manufacture anything…Just do it in China…

The World’s second largest economy is growing at 7% ….or so it claims…

Recently wages in China have been rising, making Chinese goods costlier than its Asian rivals of Indonesia, Taiwan and South Korea.

The country which manufacture’s and exports its products at the cheapest price becomes the “World’s Manufacturer”.

Can China continue to be the “World’s Manufacturer” or will it lose this tag to its Asian rivals.

So what does China do to retain its status as the World’s Top Manufacturer?

On August 11th China allowed its currency “Yuan” to fall by 1.9% against the US Dollar.

This is a desperate move by China to help its falling economy once again become, the World’s leading exporter of goods and services. This is done at the cost of its Asian rivals, namely South Korea and Taiwan who would lose out on exports to US, Germany and other countries.

This might force other Asian countries to also devalue (reduce the value of their currencies), against the US Dollar, causing what is known as currency wars. The principle of making your neighboring nations beggars, by lowering the value of your currency, is called a currency war.

China only thinking of itself

China has deliberately allowed its currency to fall against the US dollar. This is a desperate move by China, to save jobs back at home.

See also: What is Primary Market?

If Chinese exports pick up, there would be jobs for millions of Chinese working in factories in villages and cities.

China devalues its currency and the World’s Stock Markets crash… Why?

The devaluation of the Chinese currency, sends a signal across the World…The Chinese Government is not confident in its own economy.

It is trying to restart the engine of growth “Chinese exports” by devaluing its currency and sending shock waves across the Globe.

Central banks all around the World, will be forced to devalue their currency to protect their exports.

Why the World should be worried if China crashes?

China swallows natural resources across the World. China’s demand for crude oil, iron ore and other metals is insatiable.

China is one of the World’s largest buyer of crude oil. It keeps the price of crude oil high. If China doesn’t buy crude oil, its price falls.

Sure, this helps India which imports a lot of crude oil. However low crude oil prices with no manufacturing taking place, is certainly bad for all economies.

A lack of demand from China is sending shockwaves in commodity markets across the World. There are no buyers for commodities and their price falls.

Deflation is bad...very bad…You could lose your job, if the market remains in deflation.

It is important not to panic in these bad times. Keep your cool and remember the Warren Buffett saying “Be fearful when others are greedy. Be greedy when others are fearful."