How Depreciation Of The Rupee Against The Dollar Affects You

"Money Plays The Greatest Role In Determining The Course Of History". How true this is when compared to the sorry state of affairs in our country. When Will The Rupee Hit A Century Against The Dollar? This is the only question on the lips of everyone these days. But does Anyone have an answer to this million dollar question? There seem to be only clouds of gloom on the horizon.

War clouds loom in Syria which might send the Rupee into a never ending downward spiral against the dollar. Time to hold on tightly to those purse strings. That new Car or Smartphone is surely taboo. Time to buckle up and get ready for the next recession. As Harry Truman says, "It’s Recession When Your Neighbor Loses His Job. It’s Depression When You Lose Your Own."

Depreciation Of The Rupee To Affect Holiday Plans?

The fall of the Rupee against the Dollar can no longer be taken lightly .It has hit where it hurts one the most. The purse itself. "Yes" the recession has shifted direction to the South Asian portion of the Great Asian Continent. Fortunately the currencies of Thailand and the Philippines have also fallen against the Dollar. Time to visit “Exotic Thailand “Or perhaps the archipelago of the Philippines. Australia surprise of surprises has seen a huge number of footfalls from India this year.

The Australian Dollar’s value has not surged too high compared to the US Dollar. Indians very rarely take a backward step when it comes to their holiday plans. So what if one cannot go abroad this year? It is time to see more of our own country. Indians are a very innovative people when it comes to that holiday. A visit to Goa would be in order. Nothing beats sitting on its sandy shored beaches. So what if the hotels, shopping, transport and food prices have gone up on foreign shores thanks to the depreciation of the Rupee. Even foreigners flock to see the Taj Mahal. 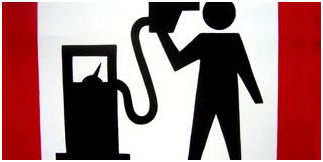 We are a crude oil fired nation. Unfortunately we import more than 75% of our crude oil requirements and pay for it in dollars. Dollars are appreciating against the rupee. This means costlier imports of the precious commodity. This has thrown our current account deficit out of line. One only wonders what the impact of the depreciation of the Rupee will have on domestic prices of petrol, diesel and domestic gas. Indians don’t mind anything but a mere suggestion of a rise in fuel prices sends shockwaves across India and has led to countless agitations.

This will never happen in a country like ours especially with elections round the corner. There are suggestions in the oil ministry to raise the prices of diesel price by INR 5 per liter, Kerosene prices by INR 2 per liter and a monthly hike of INR 50 on that domestic gas cylinder on an immediate basis. With war clouds looming large over Syria and the threat of disruption of oil supply across the Middle East one wonders whether there is an alternative.. Drastic measures like shutting down petrol pumps at night are doing the rounds.

A Nation Of Subsidies?

This would surely impact all oil Companies with downstream operations mainly pure refinery operations without any exploration activity. There would be pressure on upstream oil Companies with exploration operations to help out. Surely crude oil prices hovering around INR 115 Dollars per barrel cannot be good news. A fuel subsidy in the range of INR 1.6-1.8 Lakh Crores is impending doom. A few days back the Rupee was INR 65 to a Dollar .A few days later it is INR 68 to a Dollar. Every rupee depreciation against the dollar increases the under recovery of the public sector oil marketing Companies on the sale of diesel, kerosene and LPG by about 7500 Crores per annum.

Ours is a nation of addicts hooked on to that Smartphone. Our political class has come up with a novel way to rid us of this problem. A customs duty of 36% on LED and LCD Televisions imported from Thailand, Dubai and Singapore has been imposed. Many of the products sold in India particularly in the electronic industry are imported .Some of the electronic giants in the country are hiking the prices of those laptops, computers and smart phones by 5-10%.The prices of those consumer appliances and LED Televisions have been jacked up by 5-8% by all the Electronic giants in our country. Unlike China we are not an electronics and hardware manufacturing hub. That honor goes to China, Taiwan, Japan and South Korea. Since all the major Consumer appliances and electronics giants present in India import most of their products from abroad the poor Indian has to bear the brunt of the Rupee depreciation through the hike in the prices of all electronic items.

A Hike In Domestic Airline Tickets?

The Rupee is depreciating against the dollar. War clouds loom over Syria and Crude Oil hovers around $115 per barrel. One wonders where the fuel prices will reach if USA launches air strikes on Syria. Travelling Business Class from certain parts in North India to Mumbai has become more expensive than flying to Europe in the economy class. Domestic airlines have hiked ticket prices by as much as 30%.The reason is Aviation Turbine Fuel hovers around 75000-77000 per kilolitre. Almost half the airliners operating cost are due to Aviation Turbine Fuel which is priced in Dollars. The aircraft fuel costs, maintenance as well as lease rentals and spare parts are priced in Dollars. The Dollars have appreciated against the Rupee. This has led to an increase in airliners operating cost and hence that pricey ticket. For airliners it is time to Pass The Buck Around. Consumers have no option but to look forward to those long train rides.

A Hike In Car Prices On The Cards?

Car manufacturing industries in India are heavily dependent on imports. Cetain major car manufacturing Companies in India depend on imports in a range of a few thousand Crores per annum. Every additional rupee depreciation causes a rise of an additional hundred Crores. The margins of all major car Companies are in the red and their bottom lines are suffering. They are surely going to pass the buck on. One knows that many major components used in cars are imported from Japan and other countries. These imports besides being costly due to the rupee depreciation are subject to import duties which implies that car prices were going to head north. In India very few Companies actually manufacture cars.

India has turned into an assembler of foreign car brands and import duties in tandem with a depreciating Rupee has thrown the car industry out of gear .Car prices in all major segments from hatchbacks to SUV has gone up by 5%.With the rise in car prices across all segments can the luxury car industry be far behind. The luxury car segment has also jacked up prices by 5%.This coupled with rising fuel prices has led to a year of recession for the automobile industry in India. Insurance Companies have hiked car insurance premiums as the prices of spare parts have gone up and these are mainly imported in the car manufacturing industry.

What Is The Impact Of That Rupee Depreciation On One’s Lifestyle?

I would like to end this article with the famous saying from the movie "The Dark Knight" The Night Is Darkest Just Before The Dawn And I Promise You The Dawn Is Coming .Surely words to remember in these dark times. So what must one do in these dark times? Surely Albert Pennyworth provides the answer. Endure. Take It.

Get the Best Financial Advice on Tax PlanningClick Here

Meet Naveen Kumar - What made him Earn Rs 1.5 Lakhs?

How a Girl from Mandya is earning Rs 1 lac every month?

How to Apply for Learners License Online?

How your PAN card can be misused?

How To Make Your Bank Listen To Your Complaint? Guide By IndianMoney.com

Get the Best Financial Advice on Tax PlanningClick Here